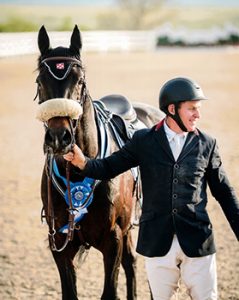 Cassanova has had an extensive and successful show career.   He was the champion 5 year old jumper stallion in Belgium and sired over 30 approved offspring in Europe before being imported to the USA, where he has continued to find success in the show ring.

He is a winner of both the $10k Welcome Stake and $25k Grand Prix in Parker, Colorado, as well as the 1.35meter Vitaflex Speed Challenge.

He also had multiple top 10 finishes in his debut season in the national level hunter derbies.